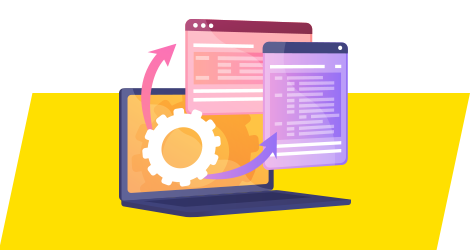 The client turned to the digital marketing studio in the spring of 2019. Initially, the task was to develop the site and synchronize it with 1C (two-way synchronization). As the terms of reference for the development of the project provided a lot of unique functionality, the customer was recommended to develop a site in the Python programming language using the Django web framework.

When the project was ready for approximately 70%, the customer was given a strategy to launch the website. To form a strategy, an analysis of competitors was conducted, according to which in the top issue are strong websites with old domains. According to the analysis, the client was explained the approximate waiting period for results. As the domain was new, without history, accordingly, the results were predicted approximately 8 months after the start of work, taking into account the competition. During this whole period, work was carried out related to the optimization of the web resource - internal and external optimization.

Initially, only the Russian version of the site was launched on the site, and a year later the Ukrainian version was added. The site began to show significant growth dynamics in September 2020, as the strategy of working with the resource was changed during this period. Significant emphasis began to be placed on internal optimization and selection of relevant topics for blog materials. After forming the strategy, the customer to conduct a photo shoot. The strategy planned the topics of the articles for which the photos were provided. There were also some technical aspects of the site, one of which was the removal of the preloader of the site. Thus, we have reached the maximum relevance of the pages.

Over the past three months, site traffic has grown by 56%. The number of requests for which the site is issued by 23%. As the number of queries increases, the average position of the site does not fall, which means that the web resource already has a high enough level of trust in the search engine and new queries come to a fairly high position in the index.

The clickability of the site's snippets has also increased

The domain is currently referenced by 47 resources, 96% of links with the follow tag, ie they are indexed. This indicator demonstrates the high efficiency of resources, where materials are placed and the right strategy of external optimization.

An important factor in efficiency is the gradual and steady increase in the resources from which the links come. Our company cooperates with resource administrators directly, having a large base of Ukrainian resources, and a well-established scheme of cooperation. 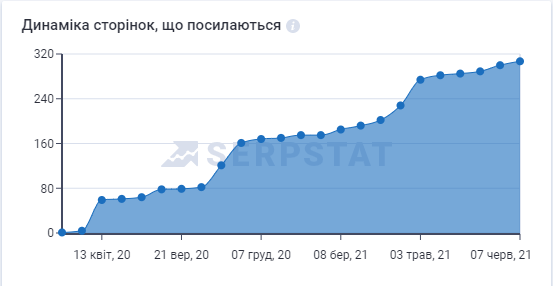 An equally important factor is that there are virtually no lost links - this also demonstrates a reliable partnership and guarantees the results of site growth.

Thanks to the right strategy of internal and external optimization, as well as a well-developed web resource, we see a high dynamics of site traffic growth.

In the following strategies, we increase the number of external optimization resources to increase the average position of the website and, accordingly, to increase CTR. To expand the semantics, we conduct further analysis of competitors and develop new niche requests.